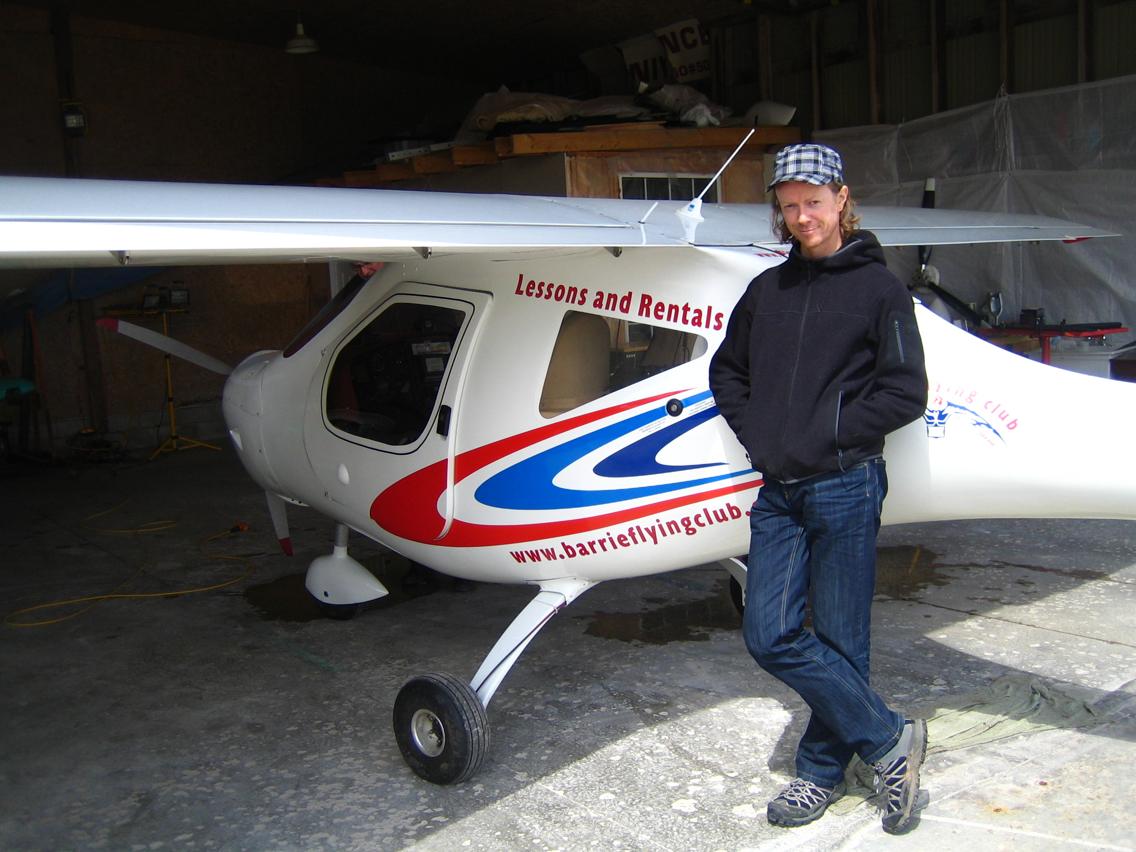 It was R Kelly who sang “I believe I can fly” - but taking that into the past tense is me with “I believe I have flown” - which doesn’t quite work as well and sounds a bit wrong - but hey. It’s true. I have. Courtesy of Eugene and the Barry Flying Club of Canada (http://www.BarrieFlyingClub.com), I took control of a Sky Cruiser Ultralight at about 4000 feet somewhere over Ontario and… flew about for a bit. Awesome, even if I say so myself.

As the name suggests, Ultralights are basically very light aircraft, one or two seater, designed as cost-effective way of getting into flying. And great fun too. Although 4000 feet doesn’t sound much, it gives you a new perspective on the world. Seeing erractic farming patterns, inland seaplane landing strips and curious phallic breakwaters which would remain undiscovered on the ground. Also, being light, they don’t take much effort to taxi around.

After an hour of pootling about the skys (and boy is it tricky trying to keep it level and at the right altitude and all that pilot type jazz), enough was enough and so to land…

I’ve no plans to become a pilot, (although I almost did many years ago - another story), but it was great fun - and the pilot’s seat was very comfortable. And as Eugene says, “once you’re in the plane, you leave all your troubles on the ground”. Too true.

LATESTS
Classic ASP pages inside a .net Core website Search Switching to Hugo Merry Christmas and all that The Most Newest Sainsburys in the World I flew How I ate my body weight in sushi Deserted Centreville Around Lisbon (and how to get from the airport cheaply) Tram 28, Lisbon.
CATEGORY
travel code food apps other